Learn With Us
Every Reason to Say No

The Christmas story is found in Luke 1 and 2 – but first, Luke himself had to find it somewhere.
In Every Reason to Say No, an older Mary recounts her story for Luke’s chronicle, discussing not only her radical step of obedience, but also the questions, events, and hurts that made it one of the hardest decisions of her life.
From the disruptiveness of God's plan, to her own struggles with shame, to the racial tensions in the early Church, Mary’s story rings surprisingly true today.
​

Tension enters the story very early – in fact, before Luke even sets foot in Mary’s house – for one simple but fundamental reason: he is a Gentile, and she is a Jew.

​We’re all products of the cultures in which we’ve lived – and sometimes we miss the significance of certain things in the Bible because we’re coming from a different culture. Here are some of the cultural and historical things that come up in the film:

Although the film is produced in English, some of the linguistic history pokes through. During the first century, Greek was the universal language connecting the diverse provinces of the Roman Empire. However, many regions also retained their local languages. Growing up in Galilee, Mary’s first language would have been Aramaic, but now as she speaks with the Gentile Luke, she needs to use her second language of Greek. This is why, in the film, Mary speaks with an accent, whereas Luke (who may speak it as a first language, and has to use it more often as a traveler, historian, and physician) does not.
​
Older forms of names have also been used in the film, out of respect for those who were called by those names, and as a way of stepping into the historical context. Luke is called by his Greek name, Loukas; in the cases of the other characters, the Hebrew or Aramaic forms of their names have been used. Some familiar people who may sound unfamiliar include Yeshua (Jesus), Miryam (Mary), Yochanan (John), Yakov (James), Elisheva (Elizabeth), and Shoshana (Susanna).
​ 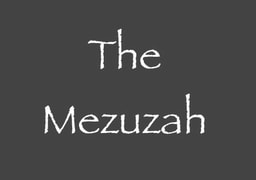 A mezuzah is a small box containing several verses of Scripture (Deuteronomy 6:4-9 and 11:13-21), that is hung on the doorpost of a Jewish home in obedience to the command to “write [God’s laws] on your doorframes.” It is unclear exactly when the tradition developed of touching the mezuzah upon entering and then kissing the finger that touched it, but it is quite ancient, and the tradition of the mezuzah more ancient still.
​
​For Miryam to allow Loukas not only to enter her home, but to participate in this sacred tradition of her people, is an extremely gracious gesture, and indicates that the Gospel has changed more than anyone except God had planned.
​

When Miryam has her mini-rant about “the circumcision question,” she’s referring to one of the earliest controversies in the Church: the question of whether Gentile believers needed to follow the Jewish Law in order to be saved.
​
On the one hand, Yeshua had said he was not intending to abolish the Law (Matthew 5:17-20). On the other hand, Yeshua had said in the same breath that He was the fulfillment of the Law – and it was clear to His followers that His sacrifice made the previous need for sacrifices obsolete. At the Jerusalem Council in Acts 15, the leaders of the early Church concluded that if God was accepting the Gentiles as they were, without their having to convert to Judaism, (which He had proven by giving them the Holy Spirit in Acts 10), then they could not demand more by insisting they be circumcised.

Of course, just because a decision has been reached, doesn’t mean everybody immediately feels comfortable with it. The Church continued to struggle with this controversy – and in fact, Paul, who once had been a member of one of the strictest parties of Jews, wrote the book of Galatians to address this issue and to explain and reaffirm the apostles’ stance.

Even for those who readily accepted the apostles’ decision, living it out probably proved messy at times. What do you do about entering the home of a Gentile, or having them enter yours, when all your life you’ve believed that will make you unclean? As a Gentile believer, is it more respectful to touch the mezuzah on your Jewish friend’s doorpost because you want to honor their tradition, or to refrain because you’re not Jewish?

One of the remarkable things about the early Church’s handling of these cultural and ethnic differences is that they affirmed the unity of all believers (Galatians 3:26-29, Ephesians 2:11-22), without erasing their heritage. Paul still greatly valued his Jewish heritage and participated in specifically Jewish customs (Romans 9:1-5, Acts 21:17-26), and yet he also treated the heritage of his Gentile hearers with great respect (Acts 17:22-34). When the apostles were faced with a potentially explosive conflict in which Greek widows were being overlooked by Jewish aid workers, they responded by appointing more aid workers from a Greek background – addressing the problem in a way that honored the gifts of all, instead of ignoring the issue or taking over leadership of it (Acts 6:1-7). 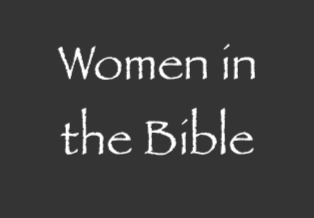 The Bible, from beginning to end, highly values women – from the Creation of both male and female in the image of God, to the Holy Spirit’s empowerment of prophetesses like Deborah and Huldah, to God’s choice of women as the first bearers of the Gospel (first through Miryam, then through the Samaritan woman in John 4, and then through the women at the tomb).

However, fallen humanity rarely sees people through God’s eyes – even when we’re claiming to follow God. Despite the Bible’s overwhelmingly positive treatment of women (including multiple feminine images for God), first century culture and teaching was quite different.

In Miryam’s time, a woman was assumed to be promiscuous if she even spoke with a man in public. Teachings among rabbis varied, but were on the whole unfavorable to women’s intelligence and moral character. Possibly of greatest impact, women were not required to study the Torah – which, in a culture revolving around the Torah, meant that they were of no value or interest as conversation partners. Ben Sirach wrote “Better a man’s wickedness than a woman’s goodness; it is woman who brings shame and disgrace,” and Rabbi Eliezer added, “If any man gives his daughter a knowledge of the law it is as though he taught her lechery.” (See Beyond the Curse by Aída Besançon Spencer, [Hendrickson, 1997] pp 46-61.)

Given the ways in which God’s people were portraying His attitude about women, His actions in history become all the more striking. Rarely do we stop to think about the fact that God sent an angel directly to Miryam – He did not think she needed a man to interpret, enforce, or confirm God’s message to her. Seldom do we absorb the full impact of Jesus defending Mary of Bethany’s right to sit at his feet – the posture of a formal rabbinic student. In a culture where women were not expected to learn the Word of God and were not considered reliable to testify in court, God made an arresting statement by commisioning women to be the first bearers of the Gospel.

While the Bible has drawn a lot of criticism for being “anti-woman,” it would seem that it is neither the Bible nor the God portrayed in it, but human misrepresentations of God and His Word that fit this description. For more on the empowering portrayal of women in the Bible, see this short video from apologist Jo Vitale; for more information on the first-century Jewish view of women and Jesus' countercultural interactions, see this article from Jews for Jesus.
​

Incidentally, Loukas' discomfort with talking about pregnancy is also historical: in Greek culture, childbearing was looked upon with disgust and the physical world was considered unimportant compared to the world of ideas. Jewish culture, in contrast, saw the created world as an expression of God's greatness, viewing sexuality as holy and valuing motherhood highly. So when Miryam calls his people "squeamish," that's why!
​

While the Christmas story can be found in Luke 1-2 and Matthew 1-2, Miryam references quite a few other people and events that are found in Scripture. In case you’re interested, here’s the list of where those events can be found:

These are more personal questions designed to be used in conversation with Jesus alone, or with a trusted friend. Questions suitable for larger, less intimate groups are below.
​

These questions are designed to be used in a small group discussion context, but may also be used for journaling if you haven't got a small group handy. We encourage you to discuss these with at least one other person if you can!
​

One of the challenges and joys of working on a Still Small show is seeing once again how God's Word is relevant to absolutely everything! Here are a few resources for further study on some of the subjects that come up in this film.
​