Learn With Us:
Measure for Measure

Realizing that he has left crime unchecked, and feeling it would be unfair to punish what his own leniency encouraged, the Duke of Vienna leaves on a journey, charging an upright man named Angelo with the task of beginning to enforce the long-neglected law.
So begins Measure for Measure by William Shakespeare, a story about corruption, heart-rending choices, and what true justice and mercy really mean.

When a novice nun, Isabella, comes to plead for mercy for her brother -- the first man in many years to be sentenced to death for fornication -- Angelo finds himself suddenly infatuated with her. He tells her that if she will sleep with him, he will spare her brother's life. When she refuses and threatens to expose him, he chillingly asks her "who will believe thee, Isabel?" and continues to attempt to exploit his position of power. The rest of the play follows Isabella, the Duke, and Angelo as the web of corruption and power gets more tangled, and as she seeks to somehow obtain both justice and mercy.

Still Small chose this play because the questions it raises about justice and mercy are vitally relevant to our beliefs as Christians, and yet aren't restricted to a "Christians-only" discussion. It was when we began reading about the dynamics of abuse, however, that the show found its soul.
The dynamics of abuse are all over Measure for Measure: the survivor’s fear that her story won’t be believed, the community’s assumption that people who seem godly and respectable on the outside are also like that on the inside, the perpetrator’s attempts to coerce and control. Just as importantly, Isabel models a healthy response to abuse: she refuses to allow Angelo to abuse her, and yet still forgives – without putting herself back in a position to be mistreated again. Because, heartbreakingly, these dynamics are alive and well in our society -- including the Church -- we realized we needed to let the show speak to this unseen crisis.

Am I a Safe Christian?

Most of us assume we're "safe" people just by virtue of being Christians -- but frequently the advice of Christians has actually made things worse for people suffering abuse. Check out this quick 1-page resource, which can be easily printed to share with friends as well.

In the show, Angelo is charged with exercising authority over the city of Vienna. However, his zeal to control others around him leads him to exercise that authority without mercy. Worse, his position of authority gives him the ability to exploit others without much fear of being discovered.
Similarly, control is also the root of domestic violence. Although many are surprised to learn it, an abuser's intention is not actually to hurt, but to control, another person. Whether through emotional manipulation, harsh words, restriction from access to finances or family, or physical harm, an abuser attempts to decrease his or her own feelings of powerlessness by exercising as much control as possible over another.

Questions for Reflection or DiscussionSome Bonus Materials
While the following series of articles is not specifically about domestic violence, it provides some food for thought on control in the life of a Christian.
Part 1: Control as the Root of Sin
Part 2: The Positive Side of Control
Part 3: Elephants - Prominent Christian Issues with Control
Part 4: Foxes - Subtle Christian Issues with Control

In one of Dr. Seuss' lesser-known works, Thidwick the Big-Hearted Moose, the title character is an easygoing fellow who lets a bug ride on his antlers. Soon other animals join the bug, with no regard for Thidwick's wishes or comfort -- and soon they're even telling him where he can and can't take "their" home, and out-voting him about it! Thidwick allows their abuse because he feels he must be "nice to his guests." (Don't worry, in the end they get their comeuppance, through their own selfishness!)
Many Christians have the same problem as Thidwick. We don't feel "allowed" to say no, or to oppose someone who is hurting us, because we believe we're supposed to be "nice," patient, and self-sacrificing. What we don't realize is that part of loving our brother and sisters includes being part of God's refining work in them: letting them know when they're sinning, spurring them on to love and kindness, and helping them learn how to have healthy relationships.
The book Boundaries: When to Say Yes, How To Say No to Take Control of Your Life by Henry Cloud and John Townsend is an invaluable resource on this subject, and worth reading and re-reading, as all of us are in a life-long journey of establishing appropriate boundaries. In the meantime, here are a few relevant Scriptures on which to meditate.

Justice and mercy are often spoken of as opposites, but in reality they are inseparable: "mercy" without justice -- without the wrong being acknowledged, addressed, and righted -- is simply corruption. The problem, of course, is that many wrongs are too big for the perpetrator to fully set right or for the survivor to simply "roll with it" and let them off the hook. This is what is so unique about the Gospel: God created the opportunity for mercy when Jesus bore the blow of justice.
The Cross not only secures mercy for what we've done and justice for what we suffer, it also makes us face the reality that those who sin against me are people God wants to redeem too. The Resurrection also has vital things to say about justice and mercy, because it means that injustice can never have the last word. The Cross pays for the brokenness; the Resurrection makes it possible to redeem the brokenness.
This means that one of the biggest responsibilities we have towards our enemies is hope: if Jesus can redeem me, He can redeem them too. We are not called to "love" our enemies by ignoring their sin and thus helping them continue to be unjust. But we are called to refrain from judgment -- after all, it was my evil that necessitated the Cross, just as much as theirs -- and to pray for them (see Matthew 5:43-48). This can include praying for them to receive the truth about their actions, in addition to praying for them to receive justice and mercy in Christ. This allows us to put our enemies into God's hands and leave the task of justice up to Him. As difficult (and often painful) as it is to pray for our enemies, God is faithful to give us the supernatural love we lack towards them, and to hear our prayers.

A Few Relevant Scriptures Questions for Reflection or Discussion
Bonus Material
How does repentance fit into this whole thing? This article explores the intersection of grace, justice, and repentance.
The Gospel According to Zacchaeus

Because Christians believe in sacrifice and submission, it can be hard to know when confrontation and limits are necessary. Boundaries is an immensely helpful resource which offers practical and Bible-based help in learning how (and why, and when) to set boundaries.
​ Gives an overview of abuse from both a scientific and a Scriptural perspective; deals with identifying abuse, healing from abuse, and questions such as the place of anger and forgiveness in the healing process.

These are quicker, easier reads than many of the other books in this list, and are nonetheless very well-rounded and well-researched. Written with personal discipleship (rather than academia) in mind, these books address not just abuse itself, but numerous attitudes and misconceptions that can lead to it.

Informative and clear, this book examines the dynamics involved in verbally abusive relationships. Because of its discussion of the thought processes and emotional wounds that lead to and perpetuate abuse, this book is also helpful in understanding other types of abuse.

This resource examines: the prevalence of abuse, the Bible's treatment of domestic violence (including verbal abuse and patterns of concealment, secrecy, and shame), the twisting of proper Christian familial concerns that endangers women and their families, and the alternatives to suffering in silence. The book also provides tools for churches in responding to domestic violence.

Probably the most important way for us to prevent abuse in the Church is to become as solid as possible in our Scriptural foundation for opposing it. This book looks at the ways Scripture can be misused to fuel abuse and correctly used to heal abuse.

Many of us have run into the difficulty of how to integrate the Bible's high view of marriage/restrictions on divorce with the needs of friends who are going through abusive situations. This gives a very well-researched look at the Biblical grounds for divorce and gives the Scriptural foundation for addressing this sensitive topic.

While it says “what every pastor needs to know,” in truth this book is a helpful resource for all of us as we seek to be informed, helpful, safe people to turn to in a time of crisis.​ 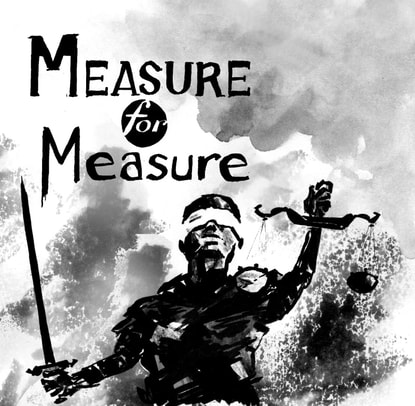 "Why, all the souls that were were forfeit once!
And He that might the vantage best have took
found out the remedy. How would you be
if He which is the top of judgment should
but judge you as you are? O think on that,
and mercy then will breathe within your lips
like man new made."